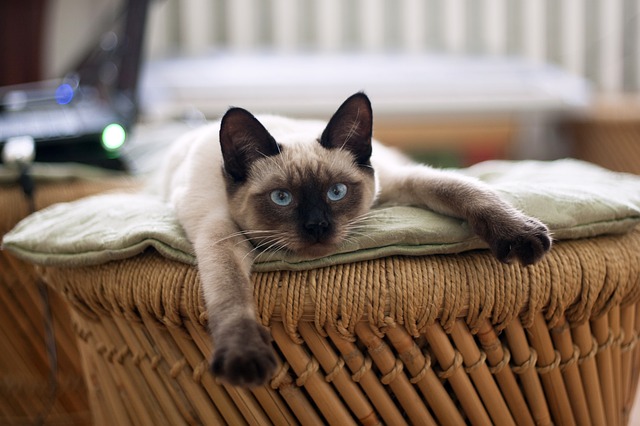 Cats have distinct characteristics that make us choose them as our companions. Cat breeds with big ears are some of the most sought after kind for the features that they have.

If you’re the type of cat lover who loves this physical feature, here are some of the big eared cat breeds you’d love to bring home with you. Long or short tails, furry or hairless, even if you are looking for a cat with a big nose and big eyes too, there is a cat breed here for you!

— The Siamese breed is well-known for its intelligence, affection, and sociable nature. The elegant cat breed is native to Siam (now Thailand). Siamese cats are distinguishable by their big, triangular-shaped ears, long tail, legs, and neck held up high.

— Among their relatives is the big eared big nosed cat breed the Oriental Shorthair. They have the same face shape and body type as Siamese cats (from Siam) where they were originally bred and developed, but they come in a variety of colors and patterns. These colorful cats are talkative and they are full of energy, making them an athletic little bunch.

— Do you believe cats can bring you good luck? The Korat cat is a symbol of luck and prosperity in Thailand, its home country where it is called Si Wat which means good luck cat. A part of the blue breed cats, the Korat cat has a short, bluish gray coat, a heart-shaped face, and a big nose. The playful and intuitive cat loves looking for hidden objects and people, too!

— Other Asian cat breeds like the Singapura from Singapore and the Japanese Bobtail cat also have big ears, but they also have big eyes which, in comparison, make their head and body look teensy-weensy. Interestingly, both have short tails but they are never short on personality. These cats love to chat and are very sweet with their guardians.

— Balinese cats are easily mistaken for Siamese cats because they share the same colors in their ears, face, legs, and tail. Yes, their tail is quite the talk of the town as it is long, plumed towards the end with long and thick fur. They also have longer hair than the Siamese cat, are highly active, and quite the chatterbox, too.

The Balinese cat is named after Bali island, although it hails from the West. These domestic cat breeds with big ears are also one of the few that can be leash-trained – if you desire so, you can take them out on afternoon walks.

— Burmese cats are believed to trace their roots from the Thai-Burma border, but they were developed in Britain and in the United States. This is a heavy cat with oversized ears and a silky coat that comes in an array of colors. The Burmese cat adores human companionship and would be an excellent addition to a caring family.

— The Savannah cat features a wildlike appearance like the Burmese cat. A crossbreed of a domestic cat and a serval cat, Savannahs have black spots like a cheetah and a striped tail. They are also very cautious and alert. If you adore a pet that loves water, the Savannah cat will surely take a dip in the water with you. Like Balinese cats, they can also be leash-trained.

— The Aby or Abyssinian cat breed is popular in the United States. This feline buddy’s ticked coat makes him look like a small African wildcat but his ears are out-of-this-world big! Aby cats love to put themselves on a pedestal perching as high as possible. Their hobby is grabbing anything that catches their attention, earning them the nickname Abby-Grabby.

— The Maine Coon is a cat breed with big ears and a long tail. It is easily distinguished by the fringe of hair that adorns that lovely face and neck as well as its huge size. It’s a family-loving cat and loves to show affection but not excessively. Maine Coon cats will also keep your rodent problem at bay as they have excellent hunting abilities.

In general, hairless cat breeds have big ears. The likes of the Sphynx cat, the Cornish Rex cat, and the Devon Rex share the same qualities. They all lack hair and have enormous ears that make their face look very small but really, they just have a bigger ear-to-head ratio.

— The Sphynx cat first appeared in Toronto, Canada as a genetic mutation and was later selectively bred due to its unique characteristics. They are not completely hairless although it may seem so. Either way, their lack of fur makes them perfectly low-maintenance cats. Sphynx are very playful too and fun-loving.

— Like the Sphynx cat, Cornish Rex cats are also genetically mutated and have very fine, super-soft hair. If you have a Cornish Rex cat in your home, you’ll never miss having a kitten as they love to play and be around other cats and family members.

— The Devon Rex is the Cornish Rex’s elf-like cousin with large, pointed ears and a slender body with short hair all over it. Devon Rex cats love to act like canines. Their hobbies are playing fetch, learning tricks, and other games. They also love to be around people as the center of attraction. Incredibly sweet, Devon Rex cats love to cuddle, too. This breed tends to gain weight easily though since it loves eating table scraps.

RELATED:  10 Of The Biggest House Cat Breeds In The World

Cats with big ears make excellent companions as they love to socialize with humans, play, and have a good time. Their gigantic ears make good conversation starters, but be sure not to talk behind their back because they also love to say what’s on their mind.

Now who wouldn’t love to bring home a cat breed with amazingly huge ears that make the illusion that their bodies are tiny? Whether you like the hairless type, the Asian type, or the family-oriented type, there is a cat with big ears that you will fall in love with and who will love you back for as long as all of her nine lives.