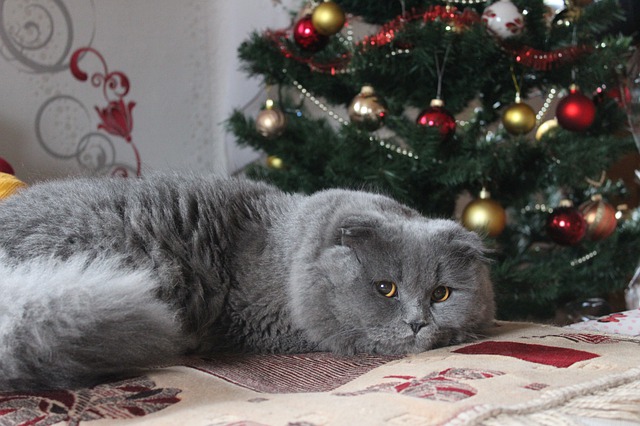 Cat lovers used to be stereotyped. Ever heard of the crazy cat lady of bygone days? These days, cat parents are embracing stereotypes, and we have celebrities to thank for the good publicity.

It’s now cool to be a cat lady or a cat dude. There are even holidays to show our love for felines. Just last month, celebrities shared sweet moments with their cats on social media in celebration of International Cat Day, and December is Cat Lovers Month.

So who are they? Today’s post lists famous people who profess their love of cats for the public to know. Dig in.

Cat lovers in the music industry

The self-professed ‘cat lady’ is a cat mum of three. Her first two cats—Meredith Grey and Olivia Benson—are Scottish Fold cats named after TV characters. She met her third cat on the set of her music video “ME!” and later adopted the ragdoll naming him Benjamin Button.

Tay Tay loves her cats so much that she takes them to awards nights and even wears earrings with her cat’s face on it.

Katy loves her cat so much that she named her Maine Coon “Kitty Purry”. Her love for felines trails with sweet scents as she launched perfumes in cat-shaped bottles and aptly named them Meow! And Purr by Katy Perry.

When it comes to pets, Miley loves variety. She not only has cats and dogs, but she also has a pig named, well Pig. As for her cats, she named them LiLo, KeKe, and Shanti Om Bb.

When Billboard asked fans who among the celebrity cats is their favorite, Ke$ha’s rescue, Mr. Peeps bagged the award. Receiving the award in August, Ke$ha reminisced the time she rescued Sir Mr. Peep$ from a garbage can alongside a strip club.

Her family photo also includes two Main Coons whom she named Charlie and Queso. She also had another rescue cat in 2013 fans named Mr. Fluffy Pant$.

The “Shape of You” singer became a cat dad in 2014 when he adopted the tabby cat, Graham, when he was just a month old. Sadly, Graham got hit by a car and passed away last August while the singer was on tour. His other two cats, Calippo and Dorito are racking up followers on their own Instagram account.

The young couple just became new parents to two Savannah cats. They like to play around with their felines’ names too. The first they nicknamed Sushi and the second, Tuna.

The singer and actress once shared a funny story of how she once had to call a pet psychic to stop her cat’s crying every night. It turns out that Addison hated his name and preferred the name Fig, like Figaro. Lo and behold, the crying stopped!

It’s not always a happy story with her cats, though. Last year, Mandy lost her other cat Madeline, who died of heart failure the night before Moore’s wedding day.

Cat lovers in the TV and movie industry

It turns out “Iron Man” has a soft spot for furry companions too. He has two rescues—Montgomery and Dartanian—whom the actor adopted as kittens after they were found in a bush in West Hollywood. Before having them he never wanted cats and now he says to PETA that he “couldn’t imagine living without them.”

RELATED:  How to Keep Cats Off Furniture

The brothers were raised in a cat-loving family and grew up to be cat dads themselves. The “Spiderman” actor and writer named his cats Sammy and Zelda after book characters. Meanwhile, his brother, the “Now You See Me” actor, has an entire room devoted to his two cats Harry and Arturo.

When it comes to clever cat names, you’ll want to give it to “The Walking Dead” actor’s cat. As the story goes, Reedus’ son Mingus was 5 years old when he asked his dad for a little black kitten. Their feline buddy’s black fur matched with the dark flooring that only its eyes could be seen at night. Hence, the name “Eye in the Dark.”

The co-stars in “Charlie’s Angels” also share a love for cats. Cameron has her “Little Man” and Drew has an all-female girl gang whose names are Peach, Fern, and Lucky.

The “Bewitched” star says she’s a catgirl from childhood and reminisces on Instagram moments she spent with Chauncy, Gregory, and Priscilla. Her love for cats never waned and she even brought her cats Ginger and Snow to a film premiere last year.

Recently, fans and critics were buzzing over Kidman hiking with her cats inside a cat carrier designed like a backpack with a window.

While the “Underworld” actress says she’s a cat person because cats are easier than dogs and she doesn’t like walking around with a bag of poop, her cat seems to think otherwise.

Two-year-old Willow left a poop trail around Kate while she slept! Luckily, the cat lady understood her cat’s love language. She has another cat named Robyn who loves to snuggle in bed with her.

RELATED:  How to Prevent Hairballs in Cats

Clive, her senior cat is also frequently seen on social media wearing cute bows and costumes. Kate tells her fans that she keeps Clive’s old fur as her cat is a cancer survivor and she wants him to have all his old fur.

The TV talk show host and comedian is a cat parent to three rescues—Chairman, Charlie, and George. Ellen also partnered up with PetSmart to launch the Ellen DeGeneres line of cat accessories.

The former talk show host and business mogul believes that cats make a happy home. She has several cats at home including shorthaired Blackie and two calico Persians—Princess Peony and Empress Tang. It seems like feline traits have rubbed on her too, as she was once photographed lovingly biting her cat’s face as Queens do with their litter.

Cat lovers in the fashion industry

The German fashion designer’s Birman feline became heiress to his estate and fortune when the Chanel designer passed away early this year. He fondly called Choupette Lagerfeld a chic lady and supported her in her modeling career. Choupette is known to live a luxurious life; eating caviar on designer dishes and having two personal maids.

The supermodel once rescued a kitten from a car engine and later adopted the cat naming her Cleo. Her mother, Yolanda shares her love for felines and has a sphynx cat to cuddle at night.

Do you have a feline buddy who’s living the high life like one of the stars? I’d love to hear about them!

0 comments on “Celebrities Who Love Cats”