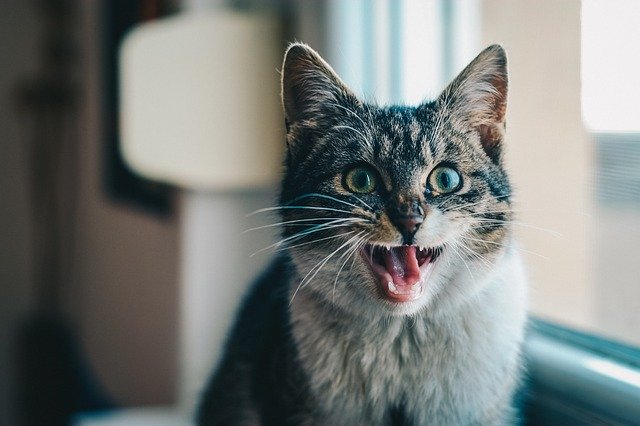 Kennel cough (Bordetella) is a bacterial disease that is highly contagious, and that affects the upper respiratory tract. It can be common in dogs, but the pathogen, Bordetella bronchiseptica, affects all mammals, especially small ones, including cats.

Is kennel cough contagious to humans? Yes, it is. It is a zoonotic disease that can affect people of all ages, including babies.

In this article, we will look at how this disease affects cats, its symptoms, if there is a kennel cough shot, whether there are any natural remedies for kennel cough in cats, and some information on how you can prevent this medical condition from being developed by your feline friend.

How contagious is kennel cough?

It is very much so. Not only is it contagious from one cat to another, but it can also pass to different other species. If you are both a cat and a dog parent, any of the two can become infected from the other.

The cats that are most exposed are those that live in shelters and catteries, where overcrowding can lead to all the population getting the infection. If it is not treated in due time, kennel cough can be fatal.

A sick pet should always be kept away from the elderly and young children, as they are likely to develop severe forms of the disease. They have a less capable immune system. So, the answer to the question ‘Is kennel cough contagious to babies?’ is yes, and very much so.

Kittens are particularly vulnerable to this disease, but so are geriatric cats. Most healthy adult cats develop a mild form of Bordetella, with symptoms similar to those of a mild cold. I hope this kennel cough transmission information is helpful for everyone who is a cat or dog parent and has babies at home, too.

How long is kennel cough contagious?

First of all, as its name suggests, this disease is passed from one animal to another by airborne particles. When an infected cat or dog sneezes, the surface areas around him or her remain contaminated. Therefore, any animal that comes in contact with that surface can contract the disease.

Cats that are kept in crowded or dirty spaces can be at a higher risk of contracting this medical condition. Even clean spaces can be risky because Bordetella it’s so contagious.

How long does kennel cough last on surfaces? Bordetella lasts on various surfaces for up to two days, during which it can infect any animal. This germ is sensitive to drying and many disinfectants such as 70% ethanol, formaldehyde, iodines, and 1% sodium hypochlorite (or bleach).

However, it is considerably more resistant in saltwater or lakewater — where it survives for up to 24 weeks.

Signs of kennel cough in cats

In the vast majority of cases, the symptoms of this disease resemble those of a severe cold or a case of flu. Coughing is quite rare in cats (compared to kennel cough cases in dogs), so an infected cat can show the following symptoms:

How is kennel cough in cats diagnosed?

Fortunately, since Bordetella is a bacterium, it can be quickly discovered by the vet. The cat will have to be clinically assessed first, and then there will be samples extracted from the nasal and ocular discharge or from the coughed material.

The vet can make a presumptive diagnosis, but it needs to be confirmed by the laboratory to which the samples were sent for analysis.

How is kennel cough in cats treated?

Once again, it’s a good thing that this disease is caused by a bacterium, because had it been caused by a virus, things would have been a lot more complicated. It’s generally acknowledged that Bordetella is sensitive to antibiotics such as gentamicin, amikacin, chloramphenicol, tetracycline, tobramycin, and some cephalosporins and penicillins.

At the time this article was written, Bordetella was resistant to erythromycin. I specified this because, due to antibiotic resistance, one can’t really know when it might develop resistance to other medications.

Cats that have been diagnosed with kennel cough can be treated with any antibiotic to which the germ is found to be sensitive, but also increased fluids, a cough suppressant, and supplements for improving their immune response to the disease. A healthy diet is necessary, of course, but if the cat has no appetite, she can be fed intravenously.

Older cats and young kittens have a reserved prognosis because they can be immunocompromised. However, if the cat is in good health, he or she has a better chance of recovering swiftly.

Most of the time, the cat can remain at the vet clinic for a couple of days if he/she needs to receive fluids and glucose intravenously. Once the pet is discharged, it is the responsibility of the pet guardian to administer the prescribed medication as per the instructions of the veterinarian.

If you have multiple cats and one of them has been showing symptoms and has been diagnosed, it would be a good idea to separate them so that they don’t share the same living space. Even the clinically asymptomatic cats should be tested so as to prevent the infection from spreading into the community.

Keep the cat’s living environment as clean and disinfected as possible. Change the bedding daily, thoroughly clean the food and water bowls, and replace the litter every day and clean the litter box.

RELATED:  What is Dexamethasone Used For in Cats?

Because recovery can sometimes take a long time, have a talk with your veterinarian about what nutritional supplements you should give to your feline friend so as to improve his/her immune system.

It is paramount to clean your home as best as possible. Any cat who has been through the disease will not necessarily develop long-lasting immunity and can re-contract it if she lives in an infected environment.

Bordetella bronchiseptica infections can be prevented with kennel cough vaccination — and it is available in many countries. Cats are less exposed to this disease compared to dogs, though, but even if they are less likely to develop the condition, it’s still a good idea to get informed and ask your vet about the vaccine.

As per usual, there are some kennel cough vaccine side effects, but they don’t differ a lot from those that would be caused by other vaccines. The cat can be a little feverish for 24 to 48 hours and a bit lethargic. Depending on the way the shot was administered and the substances used in its development, the vaccine could cause minor lesions at the injection site (a nodule).

Symptoms of kennel cough in humans

Healthy people don’t usually contract this disease from dogs or cats. There’s still quite a bit of a controversy as to whether the exact strain of Bordetella bronchiseptica that affects our pets can be transmitted to humans.

People can get Bordetella infections, and it is usually seen as whooping cough. Apparently, the pathogen is closely related to Bordetella bronchiseptica, and it can cause severe forms of the respiratory infection in immunocompromised individuals such as those that are already ill, seniors, or young children.

Vaccinate your pets to make sure that you prevent this issue from happening.

0 comments on “Is Kennel Cough Contagious to Cats?”