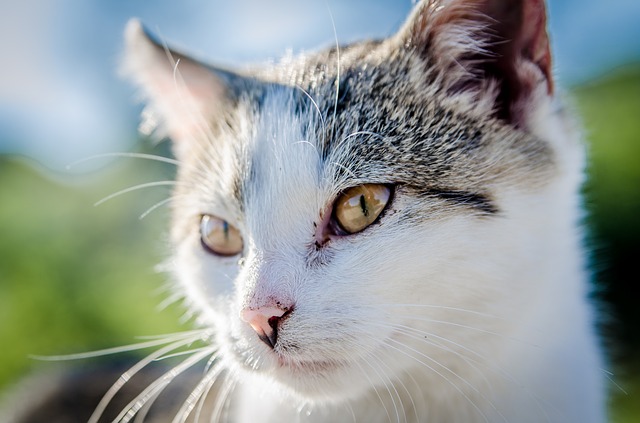 Cancer is starting to affect our pets a lot more compared to how it used to several decades ago. What many of us might not realize is that this is also due to the fact that our pets tend to live a lot longer than in the 70s, for instance. There are a wide variety of factors that can cause cancer, and we’ll discuss some of them in this post, but we’ll focus on mammary cancer in cats, in particular.

We will look at some of its symptoms, whether there is any way to prevent it from occurring, and of course, how it can be treated. From the beginning, I’d like to note that I hold a Ph.D. in veterinary oncology, although my thesis focused on abdominal tumors in dogs.

I’ll try to write this article without using too much terminology so that any pet parent can easily understand it.

What breeds are more predisposed to getting mammary cancer?

Some studies have suggested that two breeds are more likely to develop mammary gland cancer in cats, at least compared to others. These are Siamese and Domestic Shorthairs. The vast majority of the cats affected are those that haven’t been spayed. Males can develop mammary cancer, too, but the incidence is a lot lower.

Many reports have shown an association between the use of contraceptives and the development of mammary tumors, whether benign or malignant.

Like in women, the most common symptom that a cat parent can notice is a mass or nodule in the mammary area. Unfortunately, mammary cancer in cats often goes unnoticed, especially in outdoor pets. The nodule can be located along the mammary chain or right next to a nipple. The appearance and size can vary a lot from one animal to another, and that’s also because not all cats suffer from the same type of cancer.

If the tumor ulcerates, meaning it breaks, and there is open mammary tissue coming in contact with the exterior, the cat will experience pain. The area will also be warmer and inflamed. In an attempt to soothe the pain, cats will try to lick or over-groom the area.

RELATED:  Why Do Cats Drool?

This complicates matters a lot since cats have Staphylococcus spp in their mouths and a variety of other germs, too. Therefore, not only does the excessive licking have an irritating effect on the tumor, but it can also cause a local infection.

Does mammary cancer in cats spread to lungs? The answer to this question is a little complicated. It depends on the progression of the disease, meaning how much time it has gone by since it started developing, and it also depends on whether the tumor is benign or malignant.

Malignant neoplasms are likely to spread to other organs, with the lung being indeed a very common secondary location. Most benign cat’s mammary cancer remains in the same area or it affects other mammary glands, but it does not spread to other tissues or organs.

How are mammary tumors in cats diagnosed?

Mammary tumors are diagnosed macroscopically and microscopically. In the event that the cat has a lump, the vet will proceed to perform a range of tests that will show the stage of the neoplasm and whether it is benign or malignant. In many cases, fine needle aspiration is performed, where the vet uses a very fine needle and a syringe to collect a sample of cells from the mass.

If this is not possible or the results are inconclusive, the tumor might have to be removed, after which pieces of it can be examined under the microscope. This procedure is called histopathology. Due to the amount of detail it reveals, histopathology is preferred as it can reveal whether the tumor is benign or malignant, how aggressive it is, and even what type of tumor it is.

The cat might have to go through other types of testing, such as bloodwork, an X-ray, ultrasounds, or a variety of other imaging methods. These are all used to tell whether the tumor has a likelihood of spreading to other organs.

The correct therapy cannot be selected unless this detail is known. It’s virtually useless to operate on a 16-year-old cat that has a very aggressive, malignant mammary tumor that has already spread to the lungs, the liver, and the kidneys, for example.

RELATED:  Can Humans Get Fleas from Cats?

Cancer is treated using three types of therapy — surgery, chemotherapy, and radiation therapy. A combination of these or two of them can be used. For example, if the cat suffers from a malignant neoplasm but it hasn’t spread to any organ, chemotherapy might be initiated before the mass is removed surgically.

Surgery is performed in the form of a single chain or double chain mastectomy. In the first, the removal of just one side of the breast tissue is performed while in the second, both sides are removed. Chemotherapy can either precede or follow surgical therapy, or it can be continued even after the operation.

Having a clear conversation with your veterinarian can help you choose the right therapy that your cat can benefit from. The vet will recommend the most suitable one as per the type of cancer that the animal is suffering from and also based on a variety of factors such as the pet’s age and general health status.

The life expectancy of cats with mammary cancer without treatment varies a lot from one animal to the next. But generally, if a cat is very old and her health status doesn’t make it possible for surgery or any other therapy option to be performed, both pet parents and vets will choose not to have any done.

The evolution of the cat’s health status following the administration of the therapy depends on the type of tumor, but also on its size. In fact, the size of the neoplasm seems to be directly correlated to whether it will recur or not.

As for life expectancy, most cats that have tumors larger than 3 cm have a survival time of 4 to 6 months, those with tumors with a size of 2 to 3 cm – 2 years, and those whose tumors are less than 2 cm in size survive for at least 3 years.

Diagnosing the tumor as soon as the cat guardian notices it is extremely important as it can affect the entire development of the disease.

Is mammary cancer painful in cats? There isn’t a clear answer that can be given to this question, and that’s because it depends on a variety of factors. Even human females will sometimes suffer from mammary cancer and in its incipient stages, there will be no pain or any physical changes in the way how the mammary gland looks.

RELATED:  Why Do Cats Eat Plants?

As the illness progresses, cats are likely to experience pain simply because it puts a lot of pressure on the mammary tissue itself, but also on other organs. And if the cat is suffering from a malignant tumor that has metastasized to other organs, she will be lethargic, vomit, have less appetite for food and water, and show behavioral and physical changes – weight loss and others.

The exact cause of mammary cancer in cats remains unknown, but there can be three main factors, as is the case with any other type. Environmental factors are represented by carcinogens, such as the chemicals in cat food, disinfectants, and the contraceptives that I have mentioned in the beginning.

Genetics is another undeniable factor — there wouldn’t have been any breeds predisposed to this type of cancer if the genetic factor hadn’t existed. The third factor consists of oncogenic viruses, which can be transmitted by other cats or can exist in the environment.

Spaying your cat can prevent mammary cancer, and it can prevent ovarian and uterine cancer, too. Doing so before the cat’s first heat cycle is the right way of going about things, as there will be no hormones entering the animal’s blood flow and creating imbalances in different organs.

I do not recommend using contraceptives simply because they are not dosed properly. They are typically recommended simply based on the pet’s body weight, and that’s not enough when talking about synthetic hormones.

In the end, keeping an eye on your cat and checking him or her for lumps and bumps is the best piece of advice that we can give you. Even if this doesn’t prevent the illness per se, it will definitely help with treating it in case your cat gets it.

A tumor that’s discovered at its earliest stage will be easier to treat than one that has been left to develop and potentially spread to other organs.