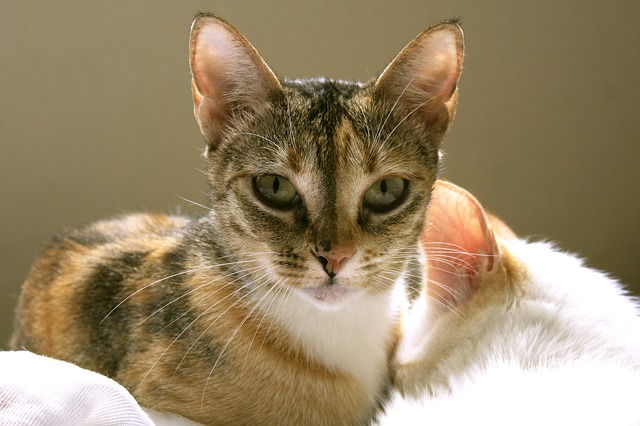 When is your cat going to be an adult? This is a question that you might have asked yourself if you’re a cat guardian.

Cats don’t grow (or age) like other animals, and we’ll make sure to answer the question in the title of this article below. We’ll also look at the life span of cats nowadays, the dangers that cats are exposed to and that affect their life span, and a bit of info on when different breeds reach adulthood.

When do cats stop growing?

Kittens grow fast until they reach the age of 6 months. They reach their full size somewhere between 6 and 12 months of age. Unfortunately, this doesn’t happen the same with all cats, which is why it is generally considered that a one-year-old cat can be considered an adult.

As is the case with humans, some cats can be more petite than others or can take a bit more time to develop. In any case, by the time your feline friend celebrates his or her first birthday, the growing process has ended.

How big can cats get?

You aren’t going to like the answer to this question — it varies from one breed to the other. Maine Coons are known to reach incredible weights, with some of the biggest individuals weighing in at a whopping 20 pounds. However, most domestic cats never get to be heavier than 10 pounds.

Your cat’s size is the result of genetics, so there’s no way of knowing if he or she is going to grow into a remarkably big domestic feline or a rather petite one. Gender is another factor that needs to be considered since males are often bigger compared to females from the same breed.

When should you start feeding your cat food for adults?

Most veterinarians agree that around the age of 10 to 12 months is the right moment to start introducing an adult diet into your kitten’s food. Try to make the change gradually by mixing the old kibble with the new one — just to be on the safe side of things. Many cats don’t like change, and feeding a completely new diet to your kitten might cause digestive problems, too.

The breed makes all the difference

You have to consider your cat’s breed since Maine Coons are different compared to others, and they tend to grow until they reach the age of 2. If you’re the owner of a particularly large breed, it is a good idea to continue feeding your pet a kitten diet as it can support bone development a lot better.

Just so you know, the same rule applies to puppies, too. Larger breeds need more calcium for a longer amount of time and are more prone to developing rickets.

How do cats age?

There is this misconception according to which every year of a cat’s life corresponds to as many as 7 years of a human’s life. That’s actually incorrect.

Cats get to be ‘25’ in human years around the time they reach the age of 4. After that, they age differently, in that when they get to be around 20 to 21-years-old, they are as old as a 100-year-old person.

RELATED:  World's Best Cat Litter Review - What You Should Know

By the age of 4, a cat’s development process has ended, so he or she should be fed only a diet destined for adults.

Interesting facts about how cats age

Did you know that around in the 70s and 80s, the average life span of a domestic cat was about 7 years? You might have heard that some cats get to be very old nowadays, with some of the oldest ones even getting to 30.

But this is due to the fact that we take better care of our pets nowadays compared to how we did back in the 70s. Also, there were many developments made in veterinary medicine. Both therapies and drugs were improved drastically.

Prevention is now also a huge part of being a pet owner – almost everyone who has a cat or a dog now knows that they have to vaccinate their companion. While they might not be aware of the exact number of vaccinations or even the diseases that cats and dogs have to be vaccinated against, almost everyone in the world now knows that animals have to be vaccinated to get to live longer.

There are some diseases that humans can pick up from their pets. Cats have gotten a bad reputation because of toxoplasmosis, but this is a very easily preventable disease so long as the pet parent is informed with regard to what they’re supposed to do.

Why do cats live longer now?

On the one hand, they get better care and access to medical services faster. Indoor cats are known to live longer than their outdoor counterparts, simply because they are not exposed to the same number of dangers.

RELATED:  How Much Attention Do Cats Need?

The great outdoors has larger predators, dogs that might not like cats, a variety of internal and external parasites, as well as cars. Simply put, if you keep your cat indoors, the chances of you enjoying his or her company are far better than if you were to care for a cat that spends most of his/her time outside.

On the other hand, the ‘living longer’ statement is debatable. Many people know that most cats actually live to be 12 to 15, and some of the lucky ones get to be older. But old age isn’t easy at all. Like us, cats can develop dementia, their internal organs can start to fail, they start being slower and experiencing pain, and worst of all, they can get cancer.

There are many studies which note that the prevalence of cancer in our feline friends has increased a lot over the past several decades. That is true from a statistical standpoint, but since cats didn’t tend to live for so long back in the day, the likelihood of them getting cancer was also quite slim. Obviously, that’s not the case nowadays.

Prevention is worth a pound of cure

If you’d like your feline buddy to be healthy and happy for as long as possible, you should pay attention to his/her behavior. Cats are extremely good at hiding illness, probably because they aren’t as extroverted as dogs.

Sometimes, however, if they are bothered by something, they might exhibit strange behaviors from peeing outside the litter box to spending lots of time sleeping. If this happens, perhaps you should look for several home odor elimination tips to handle the challenge.

There’s something very wrong (medically) with a cat who has stopped grooming. Keeping track of the way your feline buddy behaves can sometimes be life-saving.