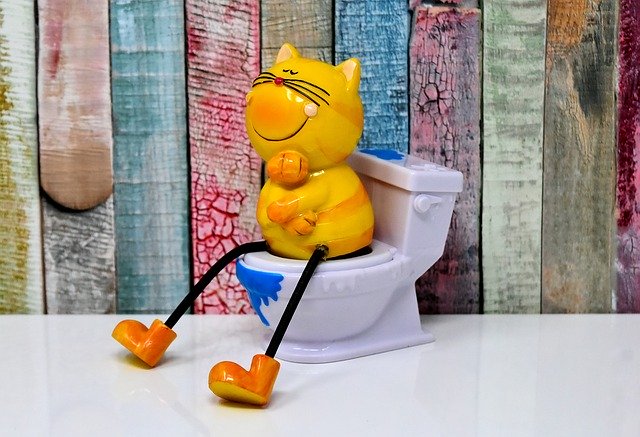 Is the World’s Best Cat Litter any good? If you’ve ever come across this brand, you might have asked yourself whether you should try it out or not. Well, based on what it’s made from, it’s safe to say that it’s healthy and dust-free, which automatically makes it a good choice for cats. But it’s not as inexpensive as other brands, which is a significant drawback for cat parents who can’t break the bank especially for cat litter.

In this post, we’ll look at several varieties that you might want to consider and discuss the composition and safety of the World’s Best Flushable Cat Litter.

The reason I chose the World’s Best Cat Litter Clumping Formula first is that it doesn’t come with any scent. As you might know by now if you have tried multiple types of litters in the past, the smell of some can be off-putting even for humans.

Needless to say, this means that cats are going to effectively avoid using the litter box if the fragrance is too strong. And cats have really sensitive noses!

The World’s Best Cat Litter 28 lbs alternative is made for several cats. It is flushable and septic-safe, which is an advantage in itself. The neat thing about it is that it can absorb the odor of urine and other ‘business’ of your feline companions which they produce when ‘going to the bathroom’.

It can also be scooped with ease, which can’t be said for other types of litter out there. Since it’s made from compressed corn instead of clay or other materials, it’s lightweight and doesn’t produce any dust. This is important for the cat, as her lungs are going to thank you.

In case you’re worried about the environmental impact of this option, we’ll put your mind at ease that the World’s Best Cat Litter flushable alternative is perfectly eco-friendly. After all, it’s made from whole-kernel corn and it doesn’t contain any perfumes or chemicals.

Like our first choice, this one is made from natural compressed corn, meaning that it doesn’t release any dust into the ear. Therefore, it protects your cat’s respiratory system and allows her to breathe as easily as ever.

This is a World’s Best Cat Litter multiple cat clumping formula, but you can get the smaller 7-pound bag first if you are feeling wary about trying a new type of litter for your feline friend. It’s also lightweight, 99% dust-free, flushable, as well as septic safe, and you will be glad to know that it’s also very eco-friendly.

Based on some of the information that we have come across, it seems that the World’s Best Cat Litter 28 lb bag should last you for a more than decent amount of time, especially if you have just one cat. Some of the cat guardians that have reviewed the product say that it does smell a little malty, which could bother some people.

RELATED:  How Do You Tell Your Cat That You Love Them?

However, it does break down easily so you can get rid of it fast. It retains some urine smell when being exposed to large pee amounts, so try to change it or remove the clumps daily.

Plus, based on the feedback that we have found in the World’s Best Cat Litter consumer reviews, it seems that it does release some amounts of ‘dust’ — corn sand, which the cat can drag away throughout the house.

If your feline friend has nothing against using scented litter and you think it’s really necessary, especially when it comes to enhancing its odor control properties, you should give this one a go.

The World’s Best Clumping Cat Litter does tend to retain some odor when being exposed to large amounts of urine, but it mostly still manages to mask the odor. Therefore, the litter box will smell fresh for a little longer compared to how it would if you were to be using the unscented World’s Best Cat Litter Zero Mess variety.

Like some of the other options that we have showcased in this article, this one is also flushable, septic-safe, and eco-friendly, which definitely makes it stand out from the crowd. It also forms clumps that you can easily and conveniently remove from the litter box every day.

What’s interesting about it is that it doesn’t form that much dust and it also doesn’t make cats create marks everywhere around the house. Moreover, based on the feedback acquired by this choice over time, it seems to have a rather decent smell — not the very chemical one of other cat litters.

How much does it cost?

The price of this litter can vary a lot from one marketplace to another, so that’s why there is no clear answer to this question. However, the 7-pound bag tends to last for almost a month, which doesn’t make it that expensive in the long run.

Does it make a good choice?

It’s clearly the healthier option, especially when compared to clay and silicate alternatives. Both of these last two create a lot of dust which tends to get into the cat’s respiratory system over time and can cause a lot of health problems in the long run.

The materials that the litter is made from are natural, earth-friendly, pet-friendly, and highly absorbent. We’ve also come across a lot of information according to which it clumps easily, so you can keep it relatively clean in the litter box. The fact that it’s flushable and septic-safe eliminates the hassle of you having to figure out where you can throw it away.

As for the World’s Best Cat Litter lavender scented multiple cat clumping formula, we would like to advise you to consider it only if your cat’s urine scent is very powerful. Otherwise, if you keep the litter box clean, there is no need for you to expose your feline buddy to the potential dangers of perfume.