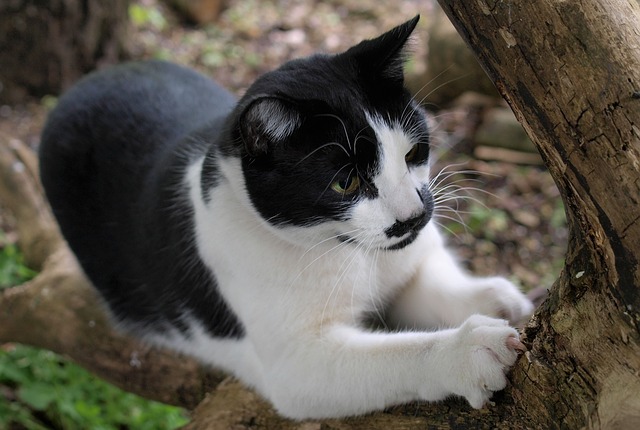 Declawing or onychectomy in the medical term is the surgical removal of a cat’s claws and the end bones where the claws grow from. It also affects tendons and nerves. While it is widely practiced in veterinary clinics worldwide, there remains much debate if declawing your cat is an ethical thing to do as its claws are there to protect them from danger but at what expense?

Cats sharpen their claws by tearing apart our couches and upholstery, and scratching our furniture. At times, they scratch their loving owners too. When my family’s health is at risk because of cat scratching, shouldn’t declawing my cat be a personal choice I can make? In today’s post, we look at declawing cats facts so cat owners can make an informed choice.

Pros and Cons of Declawing

When deciding whether or not to declaw our cats, we should look into declawing cats – side effects as well as its advantages. First off, we consider the social aspect of declawing which is making domestic cats less destructive in our homes. At times, declawing a cat is the only way it can keep its place at home.

Second, a cat’s medical condition may prompt the procedure such as the growth of nail tumor. Third, when there is a high risk of the cat hurting a child or when a family member has a bleeding disorder declawing may be in order. With these advantages in mind, is declawing cats really that bad?

RELATED:  Cat Anxiety - What Can You Do About It?

Keep in mind that declawing is the amputation of the bones where the claws grow. If the bones are not severed, the claw will grow again. In worst cases, the deformed claw leads to an abscess and long-term pain. So if you asked, is declawing a cat painful? Know that whatever technique succeeds in declawing the cat, pain will always follow after the anesthesia wears off.

It doesn’t help that cats are so good at concealing pain. They would rather learn to live with chronic pain than communicate about it. Declawing is predictably painful that pharmaceutical companies often test new pain medications on declawed cats. Aside from immediate pain, too much, too little, or careless amputation can lead to post-surgical complications such as:

–   Infection (bacterial or deeply rooted in the bone)

–   Re-growth of claws due to poor technique

–   Spraying instead of scratching to mark territory

–   Refusal to use the litter box due to paw pain

–   Temporary or permanent lameness due to removal of too much tissue

–   Back pain due to lameness (common in overweight cats)

It is wise to note that declawing is an irreversible surgery. Unless the technique was performed incorrectly, your cat’s claws will never grow again. In the event that the claw grows back due to botched surgery, your cat may be hospitalized and undergo surgery again.

RELATED:  How Do You Treat Anemia in Cats?

Most veterinarians prefer this method as it is the fastest. This is done by using a sterile nail trimmer and closing the incision with suture material or surgical glue. The paws will be tightly bandaged and your cat will remain two nights in the hospital after the procedure. You also need pain medication for your cat like Fentanyl Patch or pre-operative local blocks for pain control.

Blood spotting from the toes is common during the first week. The use of recycled newspaper litter is essential for declawing cat care for at least 10 days post-surgery. Clay and sand litters can penetrate in the incision site and cause infections. Your cat should also steer clear of outdoor life for the rest of its life.

This procedure is utilized to avoid part of the claw from being left behind. In this procedure, the entire third bone where the claw grows is removed. It is a difficult and delicate process that involves the disconnection of the tiny ligaments that hold the third bone in place.

Like the previous method, your cat will remain in the hospital for two nights (the first night with bandages and the second without), use pain medication, and avoid conventional litter and going outdoors.

Declawing a cat with laser surgery is the most recent technique introduced in veterinary. Laser surgery decreases post-operative pain and bleeding during surgery and afterwards. But, as it requires veterinarians to purchase new equipment, the procedure comes at a high cost.

Laser declawing also requires additional training for veterinarians. It is not something they are taught in vet school. If you are interested in this technology and don’t mind the extra expense, only entrust your cat to an experienced veterinarian who is trained and practiced in laser declawing. Make sure your cat is not the first cat your vet tries this procedure on.

You may also be asking, is declawing illegal? In which countries is declawing cats banned? The United Kingdom and much of the European Union have outlawed declaw surgery in cats. Australia, Israel, and New Zealand also ban declawing.

In the United States, anti-declawing legislation was proposed but it remains legal in the country. Several cities like Denver, CO have made declawing illegal along with several cities and towns in California like Burbank, Beverly Hills, Berkeley, Culver City, San Francisco, Santa Monica, Los Angeles, and West Hollywood. The rest of the state made it unlawful to prohibit declawing.

Whether you live in a country, city, or state that bans declawing or you consider the procedure a form of animal cruelty, there are several ways you can deal with the normal act of cat scratching. Trimming your cat’s nails once a week can reduce damage. You can also purchase nail caps, cat scratching posts and cardboard material to prevent unwanted scratching.

0 comments on “Does Declawing a Cat Hurt Them?”