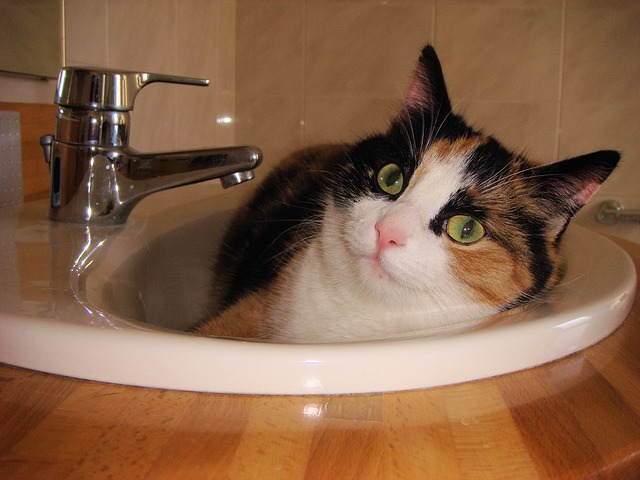 Diabetes is a condition where a cat’s body can either fail to produce or fail to respond to insulin, a hormone released by the pancreas. Both in animals and in humans, the pancreas has two functions – an exocrine one and an endocrine one.

Since the topic of today’s article deals with the clinical signs of cat diabetes, I’ll first describe some of the most common ones and only then move on to how diabetes happens, how it can be ‘treated’, what you can do to prevent it and other such tips for cat guardians.

First of all, there are two types of feline diabetes. You might have heard that humans can have either type I or type II diabetes. But what does this mean?

Type I involves the destruction of the cells where insulin is processed in the pancreas, which means that the pancreas would do the job but it can’t. Type II is often less severe than type I and it is also often non-insulin dependent. You’ll be glad to know that most cats tend to suffer from Type II diabetes, not Type I (unlike their canine counterparts).

There are early and later signs of diabetes in our feline friends. Here are some of the most common ones.

There are other general clinical signs that you can notice in a diabetic cat and they range from a poor coat, general weakness, bladder infections, and overall ill health. The cat’s eyes can become dull and she might have trouble seeing — in case you didn’t know, diabetic humans and animals are more predisposed to developing eye pathologies such as cataracts.

A cat can exhibit all of the symptoms that I have mentioned or only several at a time. Increased urination and thirst are the two most common and visible signs in a diabetic cat, so be sure to take your feline companion to the vet if you notice any of these two.

In most cases, feline diabetes can be treated with insulin, but it’s far better to diagnose the disease in its early stages.

Organ failure can happen as the disease progresses, and once your cat begins to suffer from kidney failure, for example, you will have no options for treating this condition. Kidney failure can merely be managed so that your cat lives longer, but it can never be treated.

Don’t try to self-diagnose your cat, even if you have no pet insurance. Your cat might need serious medical assistance. Never try to give your cat human insulin.

How can feline diabetes be diagnosed?

The only thing that can reveal whether your cat is a diabetic or not is a blood test that determines your pet’s blood sugar level. Even though there might be some symptoms that could point out to the correct diagnosis, it can’t be accurate unless a blood test is performed.

Both blood and urine samples are useful. As I noted, urine shouldn’t contain any glucose because that means that the animal’s body is incapable of absorbing it. However, high blood sugar can also be a result of stress, so it is important for you to give as much possible information to the vet, especially if you’ve recently moved, remodeled your home, or anything else that might have been stressful for your cat.

Why a cat’s pancreas is involved in diabetes

The endocrine function means that the organ is in charge of producing insulin, whereas the exocrine one involves producing several enzymes that aid the digestive process. For example, if you, as a human, have a meal that’s unusually rich in fats and you want to make sure that your pancreas is up to par, you could take a pancreatic enzyme complex.

These products usually contain all of the three enzymes that the pancreas produces — amylase, lipase, and protease. As their names suggest, they help mammals digest starches, fats, and proteins.

Overweight and older cats are far more predisposed to becoming diabetic than ‘fitter’ and younger ones. So, the best way to make sure that your cat doesn’t end up suffering from this disease is to keep her weight under control. Alongside insulin, the vet will recommend a special diet.

Most cats develop Type II Diabetes, and this type is reversible. That means that, if your cat is in good health and you take care of her and keep an eye on her diet, there’s a fairly good chance of her not needing insulin in the future. Usually, low-carb diets work best for diabetic cats, and switching your cat to a raw diet might be a good idea, especially for a while. While the situations where the disease resolves altogether are rare, it can happen.

With diabetes, taking your cat to the vet regularly is paramount. You can test your cat’s blood sugar at home, thanks to the many pet glucose meters currently available. However, a veterinarian can tell you what insulin dose changes you can perform.

A final word on insulin therapy

Cats are very different, and that’s why they might respond differently to insulin treatment. Most pet parents can be taught to give their cats insulin shots, but there are different types of insulin available out there, and each has various effects and works differently. Add that to the variability from one cat to the other, and you’ll understand that picking the perfect treatment off the bat is almost impossible.

During the first few days of insulin therapy, your cat will have to be monitored so that her blood sugar isn’t too low or too high. She might have to be hospitalized so that the vet can analyze a glucose curve over 12 to 24 hours.