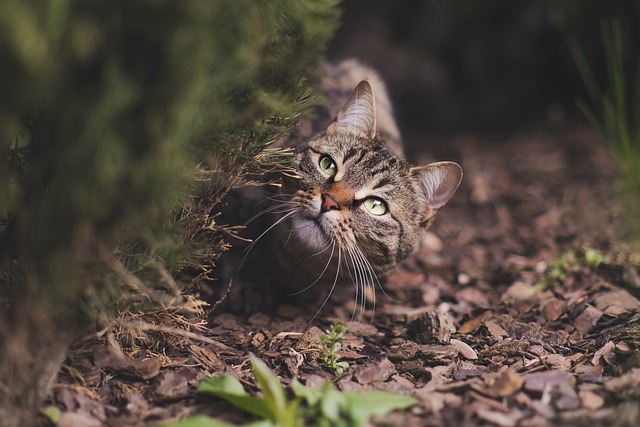 If your cat has been feeling a little more lethargic than normal and she seems to be breathing faster, too, you might be thinking of a variety of health conditions.

It’s true that these two symptoms are associated with many other diseases, but they’re also signs of an anemic cat. But how is cat anemia diagnosed? How do you treat anemia in cats?

We’re answering all of these questions and more in today’s post, so keep on reading!

How do you treat anemia in cats?

Since that is the topic of today’s article and it’s what you are looking for, we’re going to start with this first.

While people develop anemia mostly due to iron deficiencies, the same rule does not apply in our feline friends. For this reason, when it comes to anemia in cats treatment can be quite different.

In cases of severe anemia in cats, the vet is going to perform a blood transfusion from another cat until the cause of the health problem is determined.

Since the causes can be many, your cat might have to receive dewormers, flea medication or spot-on solutions, or steroid treatment — all depending on the diagnosis.

Cats that have kidney problems have to be put on hormone therapies in order to ensure that their blood count remains in the 20s so that their life quality is as expected.

For this reason, it is difficult to give a straight answer to the question as every cat is different and could be suffering from a unique health complication.

The signs of long-term cat anemia differ from those of the short-term version. The diagnosis is, in fact, made difficult by the ability of anemic cats to hide their symptoms for a long time.

RELATED:  Cerenia for Cats - How Long to Take Effect?

An anemic cat that has been suffering from the condition for a while can show the following signs:

It’s not uncommon for anemic cats to have yellow gums and other visible mucous membranes (the whites of the eyes or skin).

This is called jaundice and it is a symptom that appears when the cat’s liver is affected (it can appear in some parasitic diseases).

Short-term anemia usually appears as a result of trauma. If a cat loses a third of the total amount of blood that exists in her body, she can even die.

Some signs of short-term (and potentially lethal) anemia are the following:

Since anemia can be caused by a variety of factors, most of which we will discuss below, your veterinarian will ask you a lot of questions when you get to the clinic.

The typical tests that are performed in order to diagnose anemia are a complete blood count (CBC), biochemistry, and a blood test that reveals the size, shape, and number of red blood cells that your cat has in her system.

Additional tests also involving your pet’s blood and even urine have to be performed to determine whether your feline friend doesn’t also have organ functioning deficiencies.

Sometimes, imaging diagnostic methods can be of use, too — such as an ultrasound or an X-ray.

For animals that are anemic without any apparent cause, bone marrow evaluations can also be necessary. This is a test where a sample of the bone marrow is taken. The procedure is always performed under general anesthesia or sedation.

Types of anemia in cats

There are two main types of cat anemia.

This type of anemia can be caused by blood loss or hemolytic anemia (toxins, infections, immunologic diseases, as well as a variety of genetic diseases).

Blood loss can obviously be caused by trauma, but also by complications such as giving birth. Excessive bleeding is at the root of the anemia, in this case, and it can lead to iron deficiencies (not the way around, as is the case in humans).

What some pet parents might not know is that severe flea and tick infestations can also lead to anemia, especially in kittens.

In older cats, regenerative anemia by blood loss can be caused by ruptured tumors or stomach ulcers.

Hemolytic anemia in cats involves problems where the red blood cells are destroyed. This type can be caused by the factors that we’ve already mentioned, but also by metabolic disorders and diseases of the small blood vessels.

Heinz body anemia in cats is a type of hemolytic anemia that can be caused by medications or chemical substances and even ingredients.

For example, cats that are given acetaminophen, acepromazine, or benzocaine or those that accidentally eat some onion or onion powder can develop Heinz body anemia.

This type can be caused by nutritional deficiencies, disorders of the bone marrow, as well as kidney pathologies.

Some of the most important nutrients that a cat should get in their diet and that can cause anemia in their absence are the following:

As previously mentioned, iron deficiencies are less common in cats and when they do show up, they’re more likely to be caused by trauma and subsequent blood loss rather than primary nutritional deficiencies.

By the way, I thoroughly recommend the Rx Vitamins in the picture above (my opinion as a vet).

Chronic kidney problems are another cause of anemia in cats as these animals are less capable of producing erythropoietin. Fortunately, synthetic forms of the hormone now exist and can be utilized for therapy purposes.

RELATED:  Drontal for Cats - How Long Does It Take to Work?

I’m not going to go into too much detail and describe them all as they’re complicated conditions that your vet can describe in case your feline companion is unfortunate enough to be diagnosed with one of them.

Your cat’s life expectancy depends on how severe her anemia is. As previously noted, cats that lose one third of the entire quantity of blood they have circulating in their bodies can die.

An anemic cat’s life expectancy depends on several factors — how fast the condition is diagnosed, the animal’s age, whether they might already have other chronic conditions, and a number of such other aspects.

If the cat is otherwise healthy and rather young, with the appropriate treatment, she might be able to live for many more years after being diagnosed and treated.

If the cat anemia case is caused by nutritional deficiencies, it is known to resolve in a swift manner, especially if the patient is a kitten.

Cats that are diagnosed during their routine yearly examinations have a higher likelihood of recovering fast, sometimes in as little as a month.

For this reason, we recommend taking your feline buddy to the vet’s for a check-up at least once a year.

Geriatric cats typically take longer to recover, also because they tend to have other health problems, not just anemia — 3 months or more.

Anemia is a condition that requires consistent care as most pets are prone to re-developing it. Regular blood tests are necessary in order to prevent it.

0 comments on “How Do You Treat Anemia in Cats?”