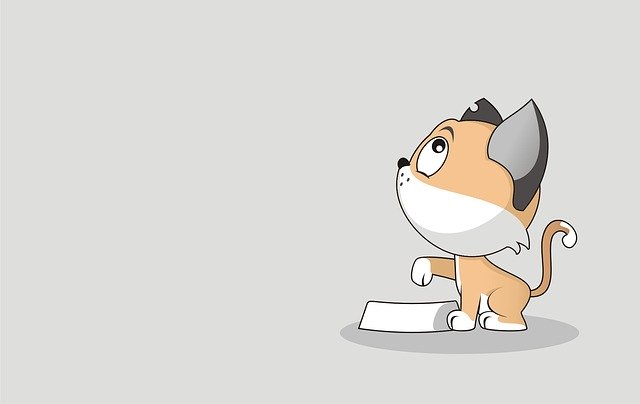 As a vet, you’re often presented with a variety of offers if you want to become a representative of one brand or the other. While I was working as a veterinarian, I was always under the impression that Royal Canin cat food is nearly the best on the market. But is Royal Canin worth the hype?

Things have changed drastically over the years and I have learned to do my own research rather than take the info I’m given as the truth.

Is Royal Canin cat food any good? Well, it can be in some situations. The brand does have a good number of veterinary diets, which are definitely helpful. But you could get more species-appropriate cat food brands, in my opinion.

However, I would recommend a Royal Canin veterinary diet for a limited time — until the cat can be switched to another diet!

Let’s look at some Royal Canin cat food reviews to see if this is a good enough option for your feline companion!

As I already mentioned, the area where Royal Canin really shines is the variety of veterinary diets that they make available. The SO moderate calorie recipe targets both your cat’s urinary health, but also weight management, which can be a problem especially in older and spayed/neutered cats.

The biggest advantage of choosing this product over others is that it is specifically designed to promote the elimination of both calcium oxalate crystals and struvites. Even so, it is a dry cat food, which means that it’s not the highest recommended option for cats with urinary problems.

Ideally, you should feed your cat wet food.

In terms of drawbacks, the diet is high in carbs, which doesn’t even make any sense since it’s made for cats who have weight issues. It also contains concentrated plant protein, which really isn’t something worth writing home about.

However, cats like the taste of this brand and there have been reports from people saying that it has helped their feline buddies with their urinary tract health.

The Gastrointestinal Fiber Response diet is a high-fiber diet that works for cats who have a hard time ‘going to the bathroom for number 2’. This is especially true in geriatric cats or those that have suffered lesions in their back, but also in cats that don’t get enough fiber in their diet.

RELATED:  What to Feed a Kitten

Of course, since cats are carnivores, you might think that fiber is completely unnecessary. Well, cats that are predisposed to constipation actually need it, but specifically because they have to survive on a meat-only diet, they can’t just eat oatmeal or any other types of grains.

Ideally, this diet should have contained fiber derived from sweet potato or pumpkin, which wouldn’t be problematic at all. But it contains rice (the least bad ingredient of all), corn meal, and wheat gluten — and the last two are quite problematic.

On the upside, though, most cats seem to like this food, so it’s palatable, and it helps them with constipation. I’d still recommend getting some canned cat food with pumpkin as one of its ingredients for this issue — since the extra moisture definitely doesn’t hurt.

If your cat has been having high blood sugar or if she has been diagnosed with diabetes, you have to feed her a special diet. This canned cat food by Royal Canin contains less starch than similar recipes, which means that the likelihood of your cat experiencing any digestive trouble is low.

Also, the high protein content is species-appropriate, since cats should actually have a diet composed of meat. Thanks to the protein percentage in this option, your diabetic cat will be able to maintain muscle mass, but also not put on any extra weight.

That’s where the moderate calorie in the recipe comes in handy and it helps you combat weight gain in an effective manner.

From what we have noticed by going through some Royal Canin cat food reviews, most of the people who have bought this brand say that their cats love it.

This food is specifically formulated for cats who have a history of problems with their skin, meaning that they are more predisposed to developing dermatitis, whether idiopathic or not.

The brand contains highly digestible, hydrolyzed soy protein that doesn’t cause any digestive upsets, and it’s also been supplemented with a vitamin B complex and amino acids.

While I do agree that sometimes a diet that is too rich in protein can be at the root of a dermatologic problem and that the quantity of protein needs to be lowered even in cats, who are obligate carnivores, I don’t know if soy protein is the best choice in the world.

I will admit that it can work for a period of time, though, which can’t be said for other varieties. Maybe you should try a low-protein, low-grain brand, too, and see how your cat tolerates it after you feed her about a month of this hypoallergenic diet.

RELATED:  Applaws Cat Food Reviews - Is It Any Good?

This Royal Canin dry cat food is specifically formulated for cats who are perhaps too energetic. We couldn’t help noticing that this variety has gathered a lot of enthusiasm on the part of many pet parents, especially since cats seem to genuinely love the diet.

Some individuals have noted that the food helps with their cats’ anxiety, but others have complained about the high price. Unfortunately, almost no food made by Royal Canin is budget-friendly, and once you get your cat hooked on it, she might refuse any other brands.

What is important to add here is that the food doesn’t come with any sedatives or drugs in it, so it is perfectly safe. It merely minimizes the so-called ‘crazies’ that cats can sometimes get. It also does wonders for cats who tend to feel stressed when people come around to visit.

As is the case with other diets, it works on some cats and on others, it doesn’t.

This canned cat food is a great option for cats who have chronic kidney failure, for example. It’s highly palatable and specifically formulated to maintain kidney health. It’s also rather energy-dense, and your cat is going to get the nutrients that she needs for a whole day.

What’s interesting to note about this option is that it also contains fatty acids from fish oil and it has a low phosphorus content. I’d argue that it’s a little better than the Urinary S/O variety we have noted in the beginning of this post, especially since it’s wet cat food.

One area where this one isn’t a winner, though, is its water content. Many pet parents have reported that it’s more of a pate rather than actual canned food and if the cat isn’t into the consistency, the chances of this brand being refused by your pet are high.

In terms of how healthy its ingredients are, I’d argue that they could be a little better. For instance, cats don’t need any guar gum or carrageenan. The rest of the ingredients are decent, though, so at least I’ll give it that.

Other varieties that you could try out are the following:

This is the wet alternative, but there is a dry one, too, for people who find that their cats like kibble more than canned food. The food comes with omega-3 fatty acids, which are known for reducing inflammation, lowering blood pressure, and sustaining healthy joints.

Due to its low phosphorus content, this one makes a good choice for cats that might suffer from kidney problems, which is unfortunately a very common pathology of geriatric felines.

This one is actually one of the most popular varieties we have come across and most of the reviews are favorable.

Getting kittens weaned is no easy task, and anyone who has tried it in the past will agree with this statement. But if you feed the mother a really soft and highly nutritious diet that’s also good for kittens, they might become interested in it, as well.

This food is specifically made for queens and baby kittens and its ingredients are capable of supporting both of these categories’ immune systems.

The fluffy texture makes it easier for kittens to make the transition to solid food, so you should give it a shot if your cat’s about to give birth or you are looking to wean some kittens.

Besides the veterinary diets formulated by this brand, you’ll find that the company also makes breed-specific ones. Of course, different breeds have different needs, especially if they are long-hair or short-hair, if they are known to have eye vision problems, etc.

But just so you know, if you use a generic Royal Canin food brand instead of one that is breed-specific, you’re not making a mistake. This one is made to support healthy hair growth and maintain healthy skin, since that’s what Persians need due to their coat.

Even so, since it’s less budget-friendly than other Royal Canin alternatives, why not give those a try? Just make sure you get the age-appropriate diet and if your cat has any medical condition, a veterinary diet.

As a vet, I’d say that the most similar type of cat food to Royal Canin would be Hill’s Science Plan. This brand also makes heaps of veterinary diets, many of which are actually pretty good.

I’ve noticed that Trovet isn’t a popular choice in North America, but it can be found in Europe and other places across the world. I have used it many times when I practiced veterinary medicine and it’s had great results — especially the Recovery Diet.

These days, Royal Canin cat food is available pretty much anywhere from supermarkets to Amazon and other online retailers. You aren’t going to have to make that much effort to come across it, although there are some diets that are rarer. Your vet can order it for you if you can’t seem to be able to find it by yourself, whether online or offline.

Most of the cat food that’s sold in Europe is still manufactured in France, where the brand started back in 1968. In North America, Royal Canin USA has two pet food manufacturing plants, one in South Dakota and another in Missouri.

So, when it comes to the origin of the pet food, you can at least rest assured that it’s made in a good place.

Actually, there were several. We found information about four of them, but the last one was in 2007, so it’s been over a decade now since Royal Canin had any problems in this sense.

At the time, the brand had to withdraw a number of its dog diets from the market for fear of it having been contaminated with melamine (from Chinese rice protein concentrate). Fortunately, no recalls have been reported since.