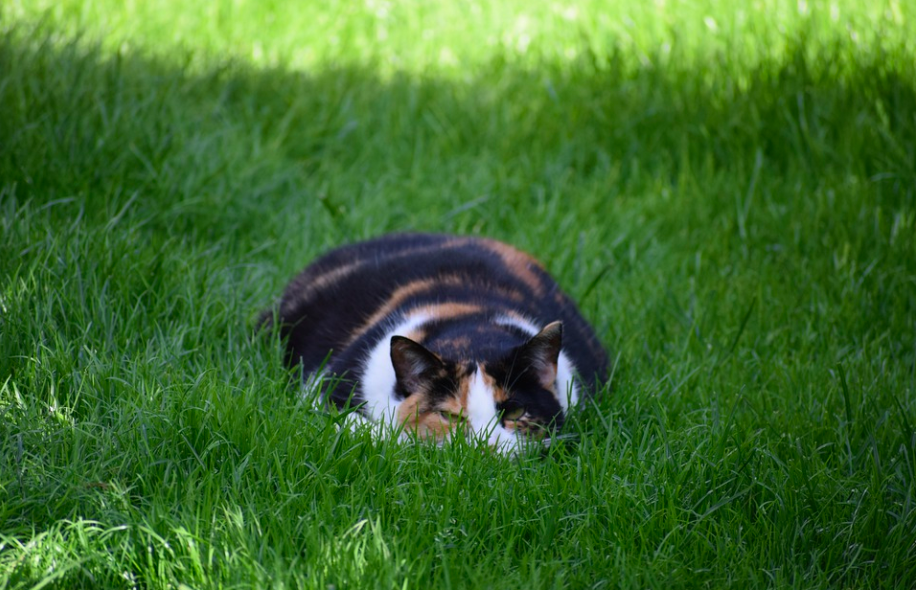 Others can be the result of trauma, diseases such as meningitis or encephalitis, or merely dementia, which is known to affect many senior cats.

In today’s article, we’re looking at everything you should know about cat neurologic disorders — from their causes to whether you can do something about them.

Some cats can be born with these health issues, in which case they are either congenital or inherited from their parents. The so-called cat Down syndrome isn’t a disease per se in this species in that it does not have the same causes as it does in humans, and its clinical manifestations differ, too.

However, kittens can be born with neurologic disorders for various reasons, including infections that the mother has acquired while she was pregnant.

For example, some of the most common health conditions that result in cats being born with various neurologic disorders are Feline Immunodeficiency Virus, FIP, and FeLV.

Older cats can show a variety of neurologic symptoms either because they develop dementia just like humans and other animal species do — just because they grow older.

But some cats can also develop brain tumors or neoplasms of the nervous system, which can impair them or make them act differently, suffer from seizures, or simply the inability to control some parts of their bodies.

RELATED:  Why Do Cats Drool When Kneading?

The feline distemper virus causes some of the most significant changes possible on a kitten’s cerebellum, and this can happen while the kitten is still a fetus.

Cats that are born with this health issue can live long and happy lives, but their behavior might differ from their counterparts.

The cerebellum is the part of a kitten’s brain that determines coordination, so the most likely noticeable problem that these pets have is that they cannot walk straight.

There’s another congenital problem that some cats can have, and it affects their hydrocephalus.

Some congenital neurologic issues might not cause any symptoms at all during the first two to three years of the animal’s life. This makes diagnosis quite challenging — and some cats can develop epilepsy when they grow older.

Making sure that your cat is vaccinated in accordance with your veterinarian’s advice is one good way of preventing these neurologic disorders in the litter.

General health disorders and their link to neurologic problems

Although vitamin deficiencies in well-cared-for cats are quite uncommon, those that don’t get enough vitamin B1 from their diets can show a variety of symptoms.

Luckily, most of these abnormalities are reversible, especially if the cat is otherwise perfectly healthy.

Some of the typical symptoms that a cat with a lack of thiamine in their bodies can show are the following:

If your cat accidentally ingested a chemical substance such as rat poison, she might experience some neurological reactions, too. High doses of sedatives and medications can lead to the same result.

Your veterinarian will employ a number of tests and examination methods to tell just what is wrong with your cat.

A physical examination can reveal how your pet’s reflexes work, whether he or she is in pain, and other such details, but when it comes to feline neurologic disorders, they often require more tests, such as MRI or CT.

These imaging methods can reveal if the cat has a brain tumor, for example, or a neoplasm located in any other parts of the nervous system or if there is inflammation in any section.

Can cat neurologic disorders be treated?

The therapy that your vet will choose and recommend depends on the exact type of condition the cat is suffering from.

For brain tumors, surgery might be a solution, but alternate therapies also exist, such as chemotherapy or radiation therapy. Malignant tumors do not have a good prognosis, but benign one, called meningiomas, can be removed using an operation.

The treatment of hyperesthesia syndrome usually involves performing changes on the cat’s living space or routine so that she experiences less anxiety.

Cognitive dysfunction, which mostly appears in senior cats, doesn’t have a particular cure, but there are supplements and drugs that can slow down its progression and make management a lot easier.

Vestibular disease is often the result of an untreated ear infection, and with the appropriate therapy, the neurologic symptoms can subside and then even disappear.

Encephalitis and meningitis can be treated using a variety of medications, but some of the first are mostly geared at decreasing the inflammation.

Depending on the exact cause of these health issues, the cat might also receive antibiotics or specific medications like antiparasitic drugs or antifungal ones.

Is there any way to prevent neurologic disorders in cats?

Unfortunately, the answer to this question is no.

As you might have noticed, there is a truly large range of neurologic disorders that can affect this species and preventing them all would be impossible.

Dementia in geriatric cats isn’t preventable, either, since once it was developed, everything you can do is make management easier for yourself and your pet.

However, making sure that your cat doesn’t come in contact with any toxic substances (such as rodenticides) and ensuring that she gets a species-appropriate diet is probably the best advice we can give you.

Indoor cats are also much, much less likely to suffer from trauma, including lesions that can affect their nervous system.

Although continuous management of certain neurologic complications resulting from trauma does now exist, you probably know that outdoor cats can be hit by cars or get bitten by other animals, so keeping your cat in your home can effectively prevent these events.

Cats that get enough play and physical and mental stimulation are also less likely to develop cognitive dysfunction when they age.

So make sure that you play with your cat for at least 15 minutes every day and interact with her as much as possible.

0 comments on “What Causes Neurologic Disorders in Cats?”