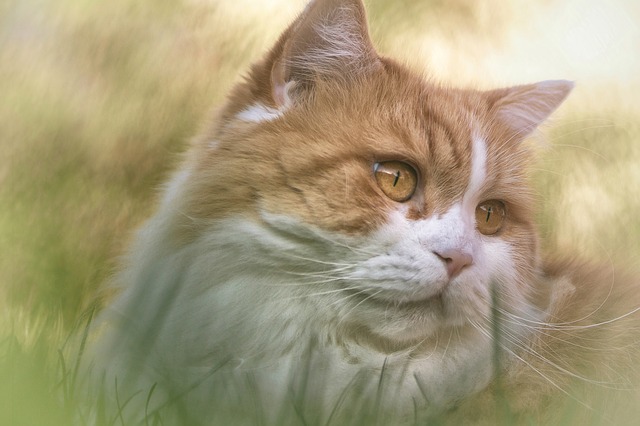 Male and female cats yowl, spray, try to escape, and become restless to show fertility and arousal. As both sexes show similar traits to show readiness for mating, it’s often believed that both go into heat.

Today’s post will explain what male cats go through before, during, and after mating. It helps to know what to expect of male feline sexual behavior and when to expect heightened sexual activity. Being informed is even more important if you choose not to neuter your tomcat or spay your queen cat.

When is the mating season for cats?

To answer quickly what you came here for, sexually mature male cats can respond to mating calls anytime throughout the year. However, feline sexual activity peaks during springtime, which is a natural time to mate across the animal kingdom.

Male cat libido may decline during the colder months from late fall to winter. They may become less eager to copulate as they may not be sufficiently vigorous at this time. Their female counterparts are typically less receptive during this time too.

There is an exception for indoor cats, though. Increased exposure to artificial lighting could mean that the female cat could go into heat even in the colder days.

Do male cats go into heat?

In heat refers to a female cat’s readiness to have sex with a tom to become pregnant. So technically, male cats are not physically capable of going into heat. Rather, they respond with in-heat-like symptoms.

Aggressiveness, fighting, and spraying can be heightened as toms respond to the queen’s call. Still, outside of the mating season, toms will continue to have these traits, which are typical to male cats and more apparent in unneutered ones.

What does a cat in heat mean?

Unspayed cats (that is, female cats) become sexually mature starting at 6 months and begin to experience the estrus cycle. With cats, they do not shed their uterus lining as female humans do during the menstrual cycle. But as with humans, cats can ovulate during the estrus period.

Mating lasts only a few seconds for cats. A successful attempt will trigger ovulation, but it would not be enough to complete ovulation. The queen will mate several times, regardless of the tom, to be sure she gets pregnant. She may need to copulate about four times for her eggs to fully ripen.

In repeated mating, the tom will go through a latent period for 5 to 15 minutes before mounting again. When breeding, toms can become more enthusiastic about mating in the presence of another estrous cat.

The male kitten receives a surge of testosterone as he nears the time of birth. Sufficient testosterone levels in a 3-month old male kitten prompt the growth of its penile spines—which will be necessary to induce ovulation when mating.

At 5 months, its testes will have matured and by 6 to 7 months, its penile spines should reach its full size. Finally, sperm can be detected in its seminal tubes at around 9 to 12 months.

So if male cats don’t go into heat, then why do they cry, meow, or yowl when they want to copulate? Mating calls or vocalization are triggered by a female cat in heat.

The queen may call out first or the tom will smell the trail she left for him by rubbing or spraying. Meowing loudly is the tom’s signal that he got the message and that he will find a way to get to her.

If you want to avoid getting your sleep disrupted by a household tom, he should not be able to smell or hear an estrous cat’s signs. It would be difficult to distract a determined tom who knows nothing about self-control and everything about following the queen’s call.

Cat meowing also happens during copulation. Usually, the queen will be the noisy one as the tom’s penis is equipped with about a hundred spines made of keratin (similar to what fingernails are made of).

The penile spines make it easily felt around the queen’s vaginal walls during ejaculation. The sharp sensation sends a signal to the brain to commence ovulation, ripening the egg. It is also this painful copulation that makes queens yowl in pain and swat the tom afterward.

Other signs, symptoms, and behavior of a male cat “in heat”

While it was earlier established that a male cat cannot physically go into heat (that is, experience estrus cycle), a tom’s owner will notice heat-like symptoms such as:

RELATED:  Drontal for Cats - How Long Does It Take to Work?

Now, these symptoms are not always your go-signal to start breeding your cats. Excessive licking can also mean pain in that area. Spraying can be a sign of UTI. Aggression, escaping, and vocalization can be a sign of hunger pangs, stress, or anxiety.

The cat is in heat, what to do?

It takes an insane amount of patience and distraction methods to calm a cat in heat and a tom trying to respond to the estrous cat.

Every cat parent who has been through an episode of cats in heat knows that it’s a lot like becoming a new parent all over again. Only, those midnight calls from a tomcat in rut may not invoke as much empathy as the cries of a hungry newborn kitten.

Unless you breed cats, your first move should be to isolate your cat. Separate the tom and queen until the cycle comes to an end. If you don’t have a female cat at home, keep your tom at home and maintain a watchful eye on him when the neighborhood queen is in heat.

You can also keep your tom active with increased playtime. But, be wary of taking your indoor Tomcat outdoors during the mating season as you’ll be dealing with an escape artist.

0 comments on “When Do Male Cats Go into Heat?”